Mid-Century Neighborhood Inside the Beltline - Is it on your radar?

The beginning of the 2013 spring housing market was pretty hectic for just about every Realtor that I know. Multiple offers. Cash deals. Appraisal issues. I wrote at least 5 or 6 offers for several clients before they finally got a house. The news is finally catching on to what those of us close to the ground already know - the market is back.  The problem is - little inventory.  Those looking to live "inside the beltline" are having to duke it out with several other buyers.  Many buyers are disappointed at what their money can buy ITB.  $300k will get you a great location, but a fixer upper that needs at least another $100k.  Many people just can't do that. Options are to consider a smaller house, perhaps? But if you're looking to start a family, that may not be an option either.

It's with this background that I'd like to introduce you to Longview Gardens.  If you're in that

$200k to $400k range and aren't finding what you want, you may want to expand your search.  ITB to many agents means "area 1" in the MLS system.  The problem with only looking in area 1 is that you miss half of downtown.  The eastern border of Area 1 is Raleigh Blvd, and the southern border is New Bern Ave.  There's a whole section to the east that is STILL inside the beltline that you miss if you only look in area 1. This other area is area 3, and that is where we find Longview Gardens.

Built in the 40's and 50's, you'll find all sorts of mid-century architecture here on HUGE lots.

In 2011 it was awarded status on the National Register of Historic Places. This is different than what you may know of Oakwood and Boylan Heights - those are local historic districts, that have restrictions on what you can do to the exterior.  The National Register does not carry such restrictions, but it does mean that a home can potentially be eligible for tax credits.

Right now there are 4 houses on the market in Longview Gardens, from $125k to $399k, including one listed by Peter Rumsey and Debra Smith.  Their listing on Lord Ashley is 4422 sq ft, making this house $90/sq ft.  And 3592sf of that is above grade, with 830 in the basement. This house in area 1 would be at least $150/ft and would probably be torn down to build a mcmansion since it sits on over half an acre. If you need space, you gotta see this one.

There are also some great starter houses like the one on King Charles for $125k. 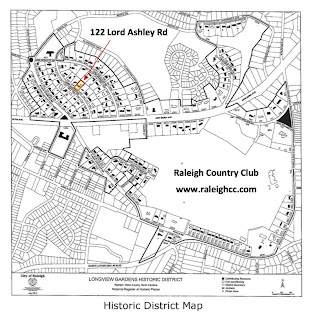 So, who lives in Longview Gardens?  Well, Matt Griffith of In Situ Studio, that's who.  And lots of other great folks.  Matt recently wrote about his house for their newsletter, but you can find the article here.

Hopefully you've learned about a great neighborhood that may have been off your radar. Tell your buyer's agent to expand your search or shoot me a note if you don't have an agent and would like to take a look at some of these homes in Longview.
Posted by Hilary Stokes at 10:45 AM No comments: 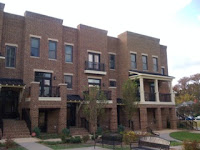 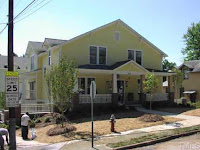